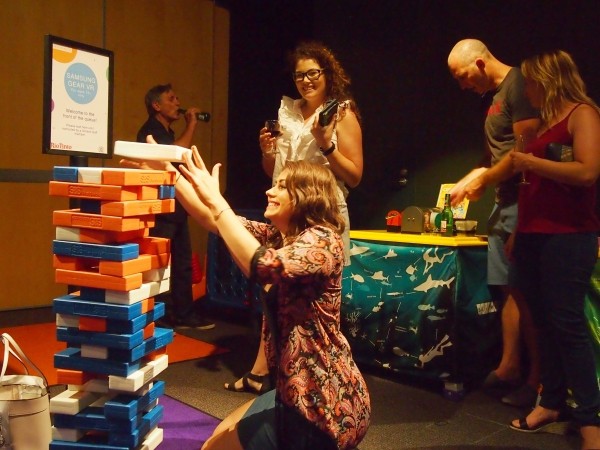 More than 50 people indulged in a night of hilarious, fascinating and inspiring science at Scinapse After Dark at the Museum of Geraldton on Friday 20 January.

“It was a really great mix of entertainment and hands-on activities, with some beautiful tunes from local artist Alexia Parenzee and laughs from the Comedy Emporium Improv Troupe.”

“As an adult you forget how much fun it is to play games – people were having just as much fun playing with the giant Jenga and Tetris as they were with the virtual reality headsets and jousting sticks,” Ms Jackson said. 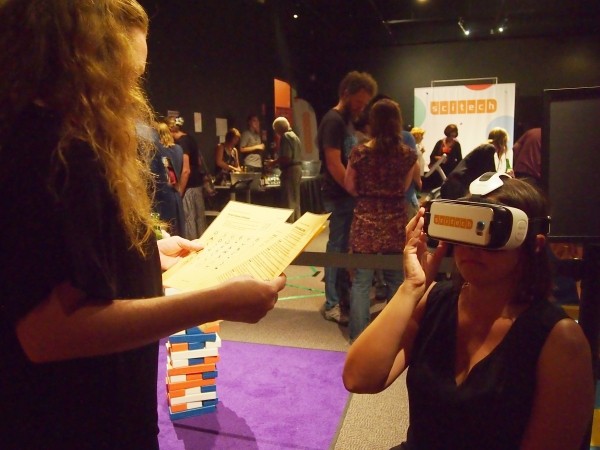 Ms Jackson said Scinapse After Dark was a great way for Scinapse to achieve its dual aims of inspiration and education as well as providing a different ‘night out’ in Geraldton.

“We’re all about helping science shed a reputation of ‘boring’ and show it for what it really is – mesmerising, inspiring and wondrous,” she said.

Scinapse After Dark was brought to you by Scinapse and the Museum of Geraldton and supported by Inspiring Australia.