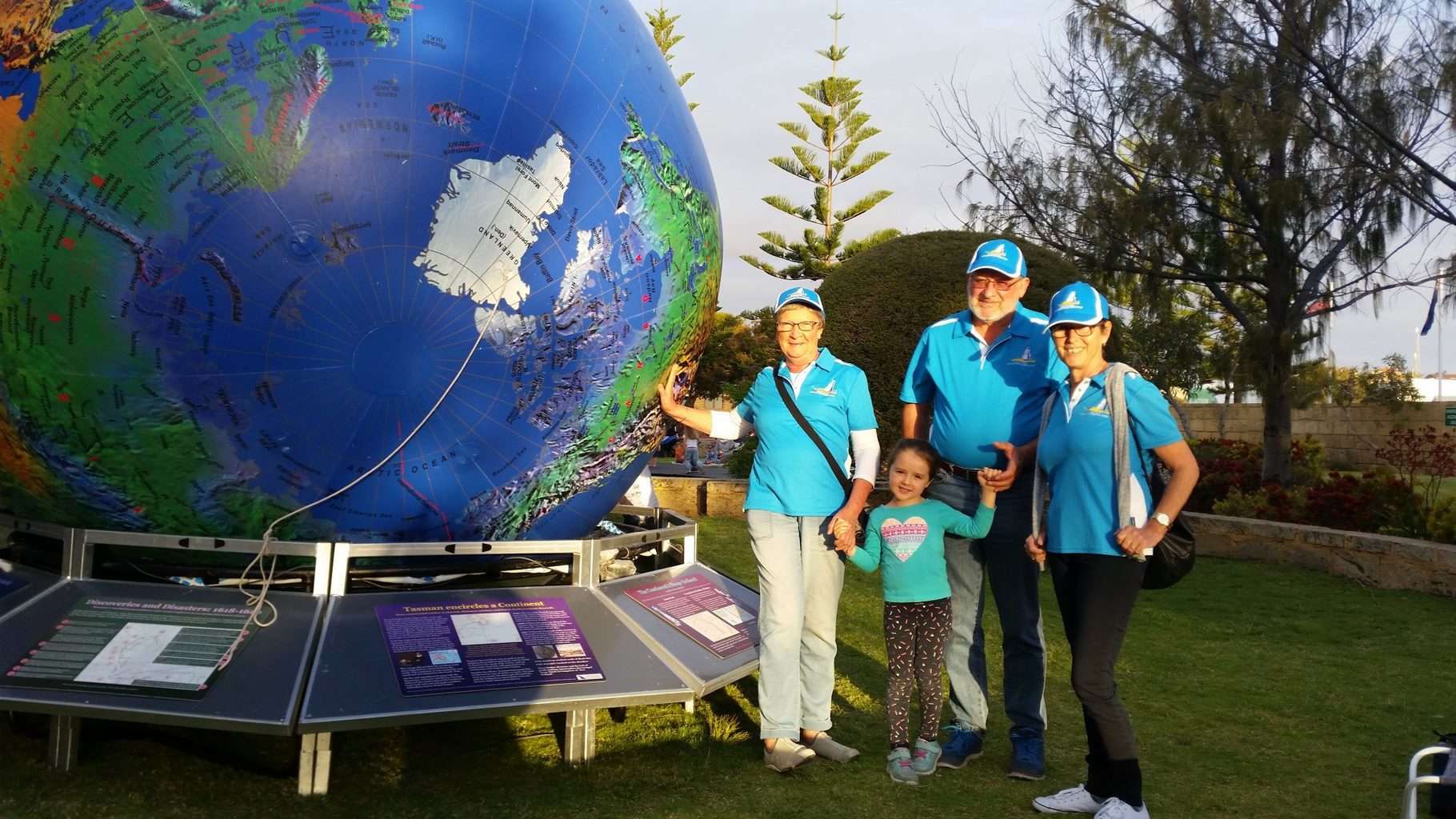 Some 40 people visited the giant globe at the City of Greater Geraldton’s Festivals on the Foreshore NIGHT AT THE MUSEUM on October 12 and some 500 visitors visited at the Dirk Hartog 400th anniversary celebrations in Denham, Shark Bay from October 21 to 25.

The informative panels around the globe described the discovery and charting of the Australian continent, beginning with the original Australians some 50,000 years ago.

The navigation instruments explained the navigation and seafaring practices of the 17th Century with a particular focus on the Dutch ships that sailed in the Indian Ocean during this time.

These ships charted the WA coastline for the first time. Four of them ships were wrecked along the Western Australian coast and Abrolhos Islands.

BCMHA chairman Dr Howard Gray said the displays were enthusiastically received at both events, with children enjoying the perspective of the globe presented and adults the concise interpretive panels.

“The epic journeys undertaken were better appreciated and the science behind the navigating instruments many found fascinating,” Dr Gray said.

“The Globe also formed a very appropriate backdrop to the events both at the Museum and on the Denham foreshore, including the Hartog Ball.

“Copies of the information on the panels was supplied to quite a number of people who requested them for use with school groups.”

“Children were in awe at the size and novelty to be able to spin the world,” Ms Day said.

“The BCMHA Volunteers demonstrated to the children and their parents the vastness of the world and the challenges to navigate open water in centuries past.

“The globe’s surrounding interpretive panels talk about the various phases of ‘discovery’ and charting of Australia complemented the event theme and activities perfectly.”

The Discovers’ Globe was supported by Scinapse.