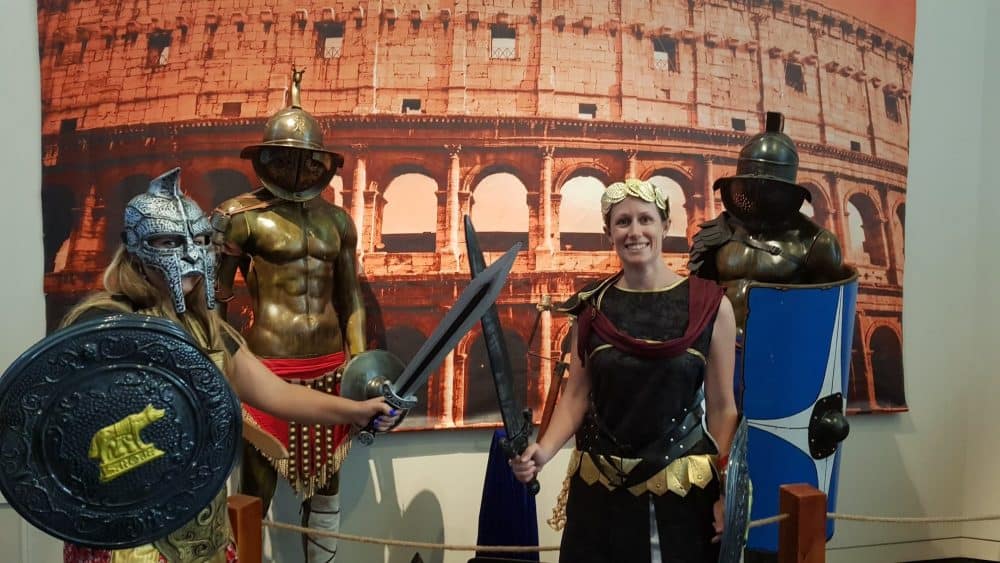 After a sell-out “Scitech After Dark” event in 2017, Scinapse brings you After Dark in Ancient Rome at the Museum of Geraldton on Thursday March 28th.

Come and immerse yourself in the new Ancient Rome: The Empire that Shaped the World Touring Exhibition of incredible machines, art and technology. With artefacts, models, catapults, frescoes, armour, weapons, busts, and much more, this exhibition is a must-see!

This event is Ancient Rome themed so please dress up – The best dressed Roman on the night will win an awesome door prize.

You can expect live music, comedy improv games, food platters and beverages (plus lots of grapes!). There will also be a photobooth with spare costumes so you can get that perfect profile pic…

Get involved in completing a beautiful, interactive mosaic art piece throughout the course of the night that will be publicly displayed in the community.

Join Scinapse (The Mid West Science Engagement) at the Museum of Geraldton for an exclusive, fun-filled night on Thursday 28th of March from 6 – 9pm.